Local artists given space to express themselves during pandemic 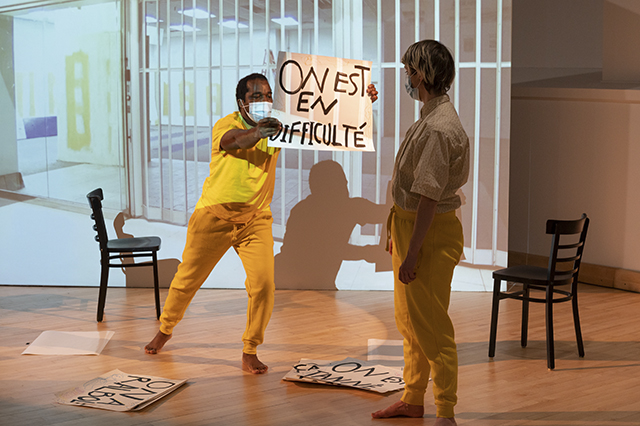 As was the case with many cultural and performance arts centres over the past months, Montreal, arts interculturels (MAI) was forced to pivot from its original spring lineup of performances.

“We had to cancel another project we were supposed to have due to COVID-19,” said Firas Nassri, director of Communications at the MAI. “Most of the artists participating in that project were from outside of Canada. When we realized the project would have to be cancelled, we tried to think up ways of using our spaces and keeping MAI alive during the pandemic.”

And so was revived Et si on réimaginait le monde II (Reimagine the World), following a successful inaugural program two years ago. The project aims to learn more about people with “visible or invisible disabilities,” from those who are deaf or hard-of-hearing to those living with a mental illness or have different physical abilities. The project was in keeping with the MAI’s mission of “fostering the creative explorations of artists who are historically under-served and under-represented.”

“As soon as the pandemic started, we noticed a large problem of a lack of space for all artists, in general,” said Nassri. “This problem is even greater for artists with disabilities. Since the MAI already works with such segments of the population, it was a natural fit to have a residency for them during the pandemic.”

The paid residency series, which lasted from April 26 to June 4, offered four groups of artists gallery space for between five to 10 days each. Audrey-Anne Bouchard, Corpuscule Danse, Joe Jack and John, and Mathieu and Simon Renaud jumped on the opportunity to work on projects in their respective fields.

The artists were given a budget and space to work on just about anything, whether they were advanced in the process or simply in the early stages of developing their project. The residencies did not culminate in a performance in front of a live audience, in sharp contrast to the initial event in 2019.

“The artists were just happy to have the space to work,” said Nassri. “Very often, residencies are more closed, in the sense that participants have to work on something specific or on a project to later be presented. This time, artists could work on any project they wanted, which wasn’t going to end with a performance or an exposition at the MAI.”

Despite the absence of performances this time around, it doesn’t mean there won’t be some in the future. Nassri said one of the groups worked on expanding their project, having already shown off their work at the MAI two years ago. Another as-yet-unnamed group is set to debut its project this fall as part of the MAI’s 2021-2022 lineup.

“Considering the response that we had and the ongoing issue of accessibility for those with disabilities, it’s probably going to be a part of what we do in the future,” said Nassri. 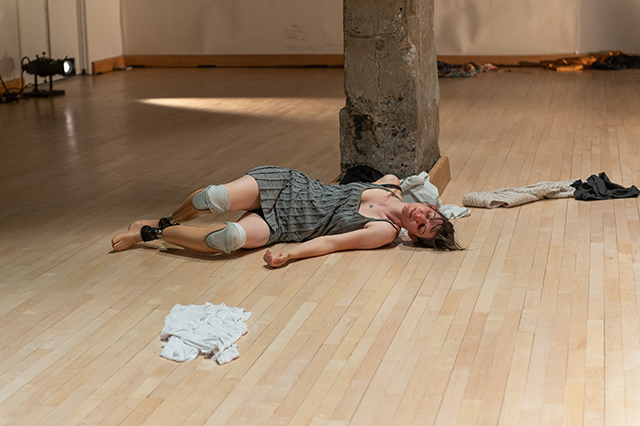 Sep 29, 2022
Crossing the finish line of the Montreal Marathon
Heaven, O’Connor and their team of runners ran the...
Read More