Ben Bisanti: The making of an animation star 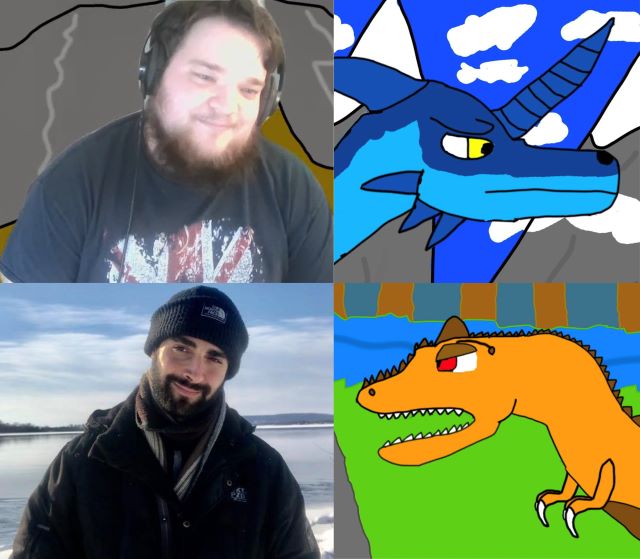 His name is Benjamin Bisanti. I met this creative animator during The Power of One Production. Ben first messaged me on Facebook in the Fall of 2019. He sent his portfolio including works from his YouTube Channel, “BBProductions.” After watching them, I was thrilled and welcomed him on board.

Ben was one of our background performers, improvising in two skits, bringing great energy with him. After our last film session, he was super happy because, this man with autism, wanted to do something big.

When Ben was younger, he wanted to be a NASCAR Driver or Family Chef, until, one film changed his life, The Land Before Time. He was also influenced by Disney, Don Bluth, Stephen Hillenberg and other favourite themes. Ben said, “I want to be the great animator of the past, present and future.”

What helped him overcame obstacles? Feeling excluded and misunderstood, Ben decided to start his own independent projects. He created a YouTube Channel. “I use animation to tell stories and ideas get stuck in my head for a while. Then, I let them come to life,” said Ben.

Ben attends Spectrum Productions where he continues to learn his craft. Ben’s work process includes writing and designing his stories. Then, cast members record their voices from home, and email their recordings to him. To complete the project, he edits the film with the help of other collaborators.

A proud and determined young man made his dream come true. Trust me, I’m in BBProductions’ series, “Dinosaur Realm,” and I can assure you that Ben’s work is amazing! He wants everyone to know, “Don’t let disabilities define who you are. Be that person you want to be. Make the neurotypical people see we’re capable of being talented and motivated to create stuff. Don’t let dreams be dreams. Make them come true. Just do it.”

Steven Atme is organizing  a virtual talent show! People of all ages from across Canada will be performing for the main purpose of spreading joy and laughter, staying connected and sticking together during this pandemic. The show will premier on June 19. Registration is now open on Eventbrite.

Steven Atme is a pianist and composer, gives private piano lessons and is a public speaker, enlightening on his experience growing up and living with autism. His film The Power of One is now available on DVD.